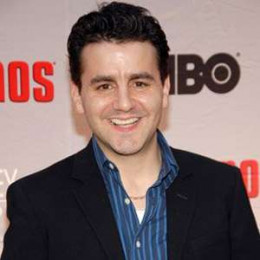 Max Casella is an American actor. He was born to father David Deitch and mother Doris Casella. His father was a newspaper columnist and mother was a social worker. Max Casella made his acting debut from television screen where he appeared in the series "The Equalizer" in 1988. Max made his movie debut from the 1992 movie "Newsies". In 1989, he was featured in an American television situation comedy Kate & Allie.

Max Casella made his appearance in an American comedy-drama television series Doogie Howser, M.D. in 1989 where he acted in about 97 episodes in the role of Vinnie Delpino. His other major works in movies include Dinosaur, Bristol Boys, Leatherheads, Blue Jasmine, Old Boy, Jackie, etc. His television works include Working, Boardwalk Empire, Medium, Confession, etc. Max is married to Leona Robbins since 2002.

Max had an affair with Leona Robbins and after few years of dating, he got married to her. The marriage ceremony was held in a private event where few of his friends and relative were present.