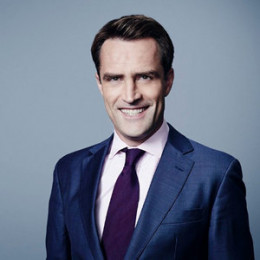 Max Foster is a CNN anchor and correspondent based in the network's London bureau. Foster began his reporting career, when he was 16 years old at the Hospital radio Swindon. He did his own weekly program there. While studying in college, he worked as reporter for the local BBC office. He then moved to BBC World Service focusing on business programs and anchored the Business Breakfast BBC World and the Working Lunch show. He later joined CNN after serving over a decade in BBC.

Digging through the source it has been found that, he is married and lives with his wife and three children in Berkshire. However no details about his wife and about their children could be found. Being one of the great journalist, he has been able to keep his personal life away from the eye of media. He loves to make post regarding his profession rather than the family matter and children.