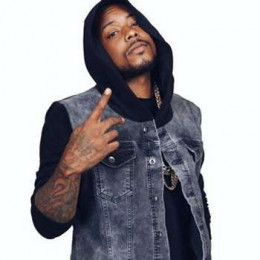 He is a rapper and songwriter, best known for his work on the multi-platimum record, "How To Love" by Lil' Wayne and for appearing as a cast member in the reality TV show, Love and Hip Hop: Hollywood. His real name is Max Boyd, but he is known by his stage name Max Lux. He is the recipient of 2 BMI award and is well-known in the LA underground scene, who has a net worth of $3 million.

Accounting his personal life, he is a happily married man. He married his long time dated girlfriend who is best known as the god-daughter of the late Whitney Houston. She is a reality TV star and has joined the cast of Love and Hip Hop: Hollywood along side her husband. The two have a great bonding and mutual understanding with one another so there is no point on talking about their divorce.

She is an American TV personality, who is best known for appearing in the hit reality TV show Love and Hip Hop: Hollywood alongside her hubby Max. Details about their marriage has been kept out of media's radar.