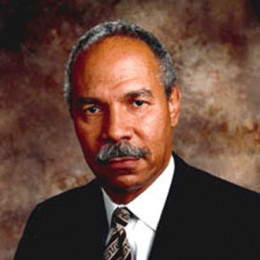 Maxie Cleveland Robinson, Jr. commonly known as "Max Robinson" was a broadcast journalist and co-anchor af ABC News World News. He was the first African-American journalist/news anchor in the United States. He is the son of Maxie and Doris Robinson. He is a graduate of Oberlin College. He is the recipient of six journalism awards and two regional Emmy awards.

Moving on to his personal life, he was married thrice. His first marriage with Eleanor Booker lasted only for five years and with her he had raised three children: two sons Mark and Michael and a daughter Maureen.

His second marriage with Hazel O'Leary was annulled and his third marriage with Beverly Hamilton lasted for almost ten years and with his third wife he has a son. He was often rumored of being a bisexual but he denied of being so. He died of AIDS at the age of 49.

Max Cleveland Robinson Jr. was born on 1st May 1939 to Maxie, a teacher[2]and Doris Robinson.

He served on ABC World News Tonight as an anchor with Peter Jennings and Frank Reynolds.

He is the first African-American broadcast network news anchor in the U.S. Also, he was the founder of the National Association of Black Journalists.

She was the first wife of Max. The couple had raised three children form their five years of marriage.

She was the second wife of Max, who was the seventh United States Secretary of Energy, from 1993 to 1997, appointed by President Bill Clinton.

She was the third wife of Max. The couple was together for almost ten years and have a son together.

He is the first child born to Max and his wife. His date of birth is unknown.

She is the only daughter born to Max. Her current status is unknown.

He is the third child of Max who was born safe and sound.

He is the youngest child of Max who was born healthy.