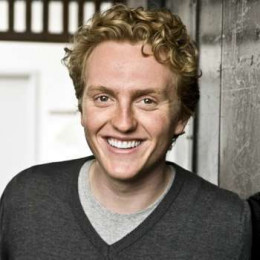 He is a Canadian theater, television and film actor, who entered the Hollywood industry making debut in 2006 playing the role of Max in the series Ghost Trackers. Till now he has played the role of Jimmy in The Incredible Hulk in 2008 and Jackie in the 2013 version of Carrie. On television, he appeared in the pilot episode of Fringe and on Degrassi: The Next Generation.

When it comes to his personal life, he has always stayed low profile. Till now he hasn't revealed any information regarding his personal life such as his family background, childhood status and educational qualifications. As he is so charming, he might have dated few ladies in his past days but there is no any record of it. We can stay connected to him via Twitter @maxtopplin.