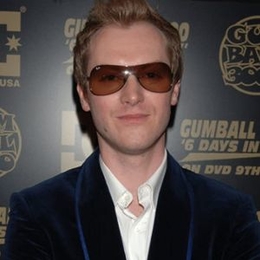 Maximillion Cooper is a producer and director best known for Gumball 3000, and Gumball 3000: Coast to Coast through which he is now identified as a billionaire. He's been married twice in life. However, his present relationship with rapper Eve pushed him even more to the limelight.

Maximillion Cooper enjoys a romantic relationship with his longterm partner. The Gumball 3000 founder married rapper and singer-songwriter Eve on 14 June 2014. The couple's lavish wedding ceremony took place in Spain which is also the final spot for Gumball 3000 rally that year. 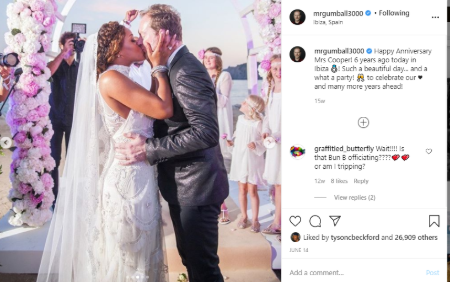 The billionaire met his present wife Eve in 2010 and engaged after three years of dating. Max proposed Eve with a giant diamond rock on Christmas Day in England surrounded by close friends and family.

As of 2020, the Cooper-Eve duo successfully crossed six years of togetherness. Now, they relish sound life with fewer signs of divorce and extramarital affairs. Eve lives with Maximillion's four children from ex-wife in a lavish Los Angeles home. 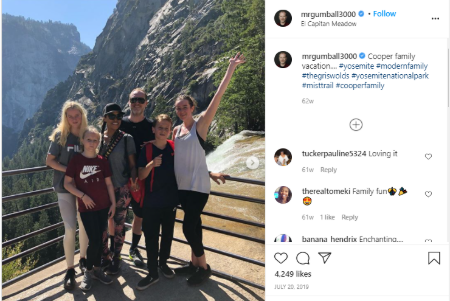 Cooper is father to four kids namely Jagger, Lotus, Mini, and Cash from an earlier marriage to Julie Brangstrup (2003-2010). At first, Eve addressed she had been worried about having a blended family, but these days their bonding is strong and amazing; she found the kids "sweetest".

During an interview with US Weekly, she was able to maintain a relationship with the husband's kids. The Satisfaction singer revealed she had a stepdad, and her past experience helped her forge an approach to relating with the stepchildren.

How Much is Maximillion Worth?

Maximillion Fife Alexander Cooper has an estimated net worth of $80 million. He generates millions of dollars from his career as an entrepreneur and founder of the Gumball 3000 car race. 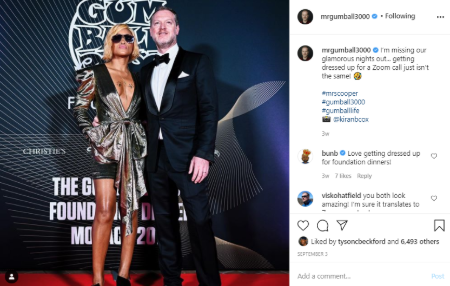 Needless to say, Maximillion is the founder of The Gumball 3000 launched in 1999. He began the event right after he and a group of friends named to drive their supercars across Europe on a 3000-mile also known as a rally. The vehicles that especially participated in the rally are expensive Lamborghinis and Ferraris.

Cooper shares a luxury LA home with their spouse, Eve. The house comprises a spacious living room, bedroom, a driveway, the terrace from where one can start a day watching a beautiful view with a cup of tea, and decorations with a bunch of cute family photos.

Maximillion Fife Alexander Cooper was born on June 7 1972 in Stone, United Kingdom. His father was a painter and sculptor. The British-English billionaire earned a degree in fashion design from Central Saint Martins College of Arts and Design in 1993.

White by ethnicity, Maximillion stands at a height of 5 feet 8 inches. Before fame, Maximillion modeled for brands like Joseph Romeo Gigli, Giorgio Armani, Mulberry, and Ralph Lauren. He worked for Vogue Magazine as the assistant fashion editor.

The 48-year-old is a fine author as well. Maximillion wrote Gumball 3000 the Annual: 2003 Rally. The rally was based on wealthy individuals, with the entry fee of the event costing $8,700.

Be sure to check out Marriediwiki.com for more biographies.

Maximillion Cooper was married to ex-wife Julie Brangstrup for eight years. They shared four children together.

Maximillion Cooper and wife Eve Cooper are happily married for six years. They tied a knot in June 2014 after dating three years. The lovebirds are parenting Max's children from the ex-wife.

Jagger Cooper is the first child, elder daughter to Maximillion Cooper and his ex-partner Julie Bragstrup. Jagger has three siblings.

Lotus Cooper is the second child to Julie Brangstrup and Maximillion Cooper. She has three siblings Jagger, Mini, and Cash.

Cash Cooper was born on January 24, 2006, to Maximillion Cooper and Julie Brangstrup. He has three two sisters and a brother.

Mini Cooper is one of the fourth children to Maximillion Cooper and his ex-partner Julie Brangstrup. Mini has three siblings.