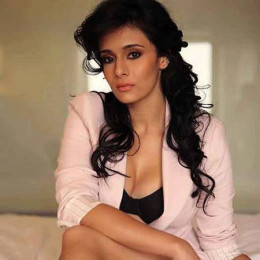 Mayanti Langer is a sports journalist who has worked for Star Sports and ESPN. Some of her major coverage are ICC Cricket World Cup(2015), Commonwealth Games(2010), Football Cafe on Zee Sports, 2010 FIFA World Cup broadcast on ESPN, 2014 Indian Super League season, 2011 Cricket World Cup. She was born to Preminda Langer, an award winning teacher and Lt. General Sanjiv Langer, worked at UN. She has earned a degree in BA(Hons) from Hindu College, University of Delhi.

She got married to her cricketer boyfriend Stuart Binny in 2012. The couple are happy and satisfied with each other's presence so there is no point on their divorce.

She hasn't been a part of any kind of controversial matter.

Mayanti Langer net worth is estimated to be $1 million as of 2019.

Mayanti Langer was born on 8 February 1985 in Delhi, India.

She is one of the leading female sports journalists in India.

He is a cricketer by professiona and mostly known as a son of former Indian cricketer Roger Binny. He represents Rajasthan Royals in IPL.