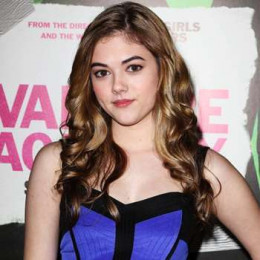 McKaley Nicole Miller is a talented American actress, best known for her portrayal as Dana Monohan on the ABC series The Gates and as Rose Hattenbarger on The CW series Hart of Dixie. Besides acting, she is a excellent dancer who is familiar with various dance forms like ballet, tap, jazz, hip hop, clogging and lyrical. She made her acting debut in the 2006 television film Inspector Mom, playing Danica McKellar.

She is just a teen aged girl who these days is busy trying to achieve a stable career in Hollywood industry. As she is too young so she definitely is unmarried but she might have a boyfriend. She has stayed low profile in terms of her relationship history. We can stay connected and check out her images simply by following her on Instagram @mckaleym. She is straight in terms of her sexuality.