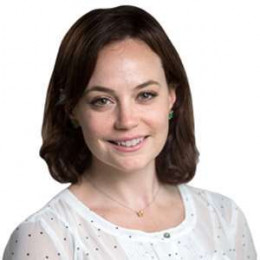 Meg Tirrell is popularly known for her appearance on CNBC. She joined CNBC in April 2014 as a general assignment reporter focusing on biotechnology and pharmaceuticals. Prior to joining CNBC, she led coverage of the biotechnology industry for Bloomberg News. Tirrell was also active and made the remarkable contribution to Bloomberg BusinessWeek and Bloomberg Television. After her early success on the television screen, she got popularity as well as fame for her strong voice and presentation skills.

Tirrell being a beautiful lady, there exists no any rumors or the news regarding her dating. Tirrell has completely kept her personal life to herself and has never included a single word about her dating and affairs in Medias during her interviews. Besides her television career, Tirrell has been active in charity and social events. Tirrell currently live in the United States along with her family.