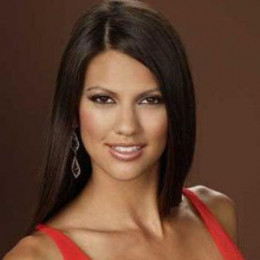 A model, Megan Abrigo is currently dating to the comedian, television host, actor, writer, and executive producer Daniel Tosh since February 2009. She attended Loyola Marymount University and graduated from the school with a Bachelor's degree in Studio Arts in Computer Science. Megan's modelling career started after discovered by a photographer . She was modelling part-time at the age of 15. Abrigo also hosted an extreme sports show "Dialed in".

Megan Abrigo was named one of People magazine's 100 Most Beautiful People in May of 2006. She is a print, runway and commercial model who was one of the original case models for the NBC game show Deal or No Deal. Megan Abrigo started dating comedian Daniel Tosh since February 2009 . The couple seems to be very happy with each other so there is no any signs of their separation in their life.