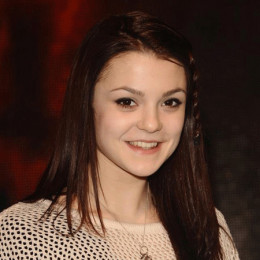 Megan Prescott AKA "Meg Prescott" is a British actress, best known for playing in the two time BAFTA-winning teen drama Skins, as Katie Fitch. She was raised by her parents along with her twin sister Kathryn Prescott, who is six minutes younger than her. She has studied television production with a special in directing while attending University. In the 2010 AfterEllen's Hot 100 List for sexiest women, she was ranked no.68.

Moving on to her personal life, she is yet unmarried, but she might have some plans to settle down with someone deserving and charming in the near future. Being so popular and gorgeous she might have been through lots of dates and breakups, but there is no record of her affairs till date as she has managed to keep her family matters away from media and other sources.