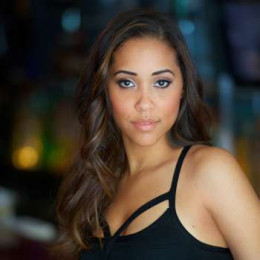 Megan Wollover is a professional model and actress, best known for her role in Unholy Roller and Entertainment Tonight. She began her modeling career as a child in print ads for catalogs like JC Penny and later modeled for prominent commercials, advertisements, and magazines representing brands like Old Navy. Till now she has appeared on magazines like KING, Maxim, Ebony/JET, Blackmen Magazine and many other.

Regarding Megan Wollover's personal life, she is a married woman now. Since August 2015, Megan is enjoying her marital relationship with her husband, who is a popular American actor and comedian. Actually, she gained media's attention after marrying her long-time dated boyfriend turned husband. They are known to each other since 2011. They have raised a daughter as a sign of their love.

Actor and comedian Tracy, is the first husband of Megan while she is the second wife of Tracy. They are married since 2015.

She is the first child born to Megan, whom she gave birth at the age of 26.