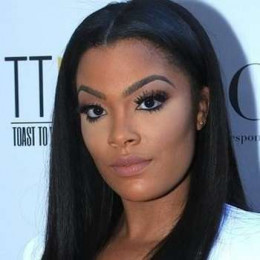 She is an American reality television star, who is known by her on-screen nickname of "The Texas Temptation". She came to prominence as a cast member of the Oxygen channel's popular reality series Bad Girls Club (Season-9) and as a finalist on an MTV reality series called 50 Cent: The Money and the Power. Currently, she is all set to appear on reality TV show Basketball Wives LA.

Talking about her personal life, she is yet unmarried and is single at the moment. She definitely have some plans to settle down with someone special in the near future but currently she is searching for that guy. Few years back she was in a relationship a NBA player with whom she made headlines in the American media. She broke up with him after she found herself cheated.