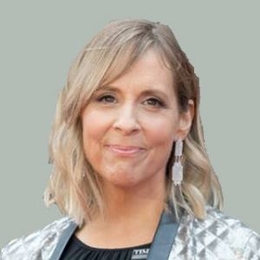 British comedian, actress, and TV presenter Mel Giedroyc is best known as the host of one of the most-beloved reality show, The Great British Bake Off. She is also popular as part of the comedic duo, Mel and Sue.

British Comedian Mel Giedroyc was well aware that getting married and starting family would negatively affect her carer. Infact her comedy partner Sue Parkins also warned her about all the consequences. Nonetheless, she followed her heart and is currently enjoying a sucessful personal and professional life.

Mel first met her husband, Ben Morris, in 2000 at a dinner party organized by her now sister-in-law Jo Morris. She played the matchmaker and introduced them to each other. Sparks flew between them in their first meeting only, and soon they started dating. 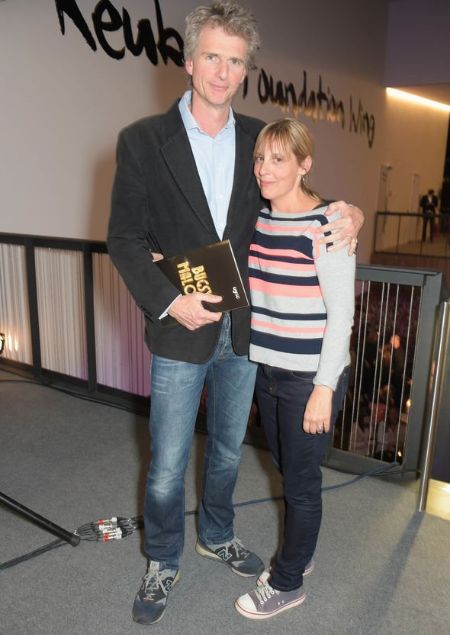 While in the relationship, Mel got pregnant with her first child. Thus, she and her then-boyfriend Morris decided to tie the knot. The couple did all the wedding preparations in just six weeks and exchanged vows in 2002 when she was four and a half months pregnant.

The comedian in an interview confessed that her wedding was lovely but was far from perfect. She stated:

"I made all the wrong choices. Wrong haircut. Wrong dress. Wrong make-up. Wrong everything hastily put together."

In the same interview, she also revealed that she has talked to her husband about doing another wedding ceremony in the future. This time she wants to do it in her way. She wants to wear no-makeup, shift dress, and no shoes. 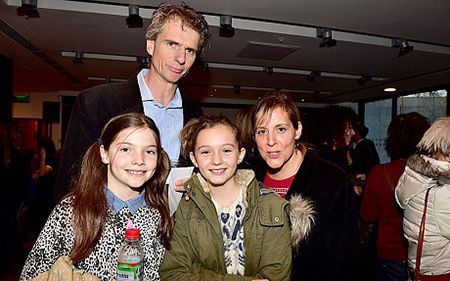 Mel Giedroyc with husband Ben Morris and daughters Florence and Vita at an event.

Giedroyc saw a decline in her work after being a mother, but she has no regrets. She thinks bringing her girls into this world is the best decision of her life.

Thankfully Giedroyc later started getting opportunities, and she was back to work. She has confessed she would not have been able to do her job if not for her supportive husband, Morris. He was a involved father and took equal responsibilities in the upbringing of their kids.

Giedroyc's father, Michal Giedroyc, was born as Prince Michal Jan Henryk Giedroyc. His family was a Polish-Lithuanian aristocrat with family estates in Lobzow.

In 1940, when Mel's father was eleven, he and his family was sent to Siberia jail and later to Iran by the Soviet Union. He after spending some time in Iran, he fled to London and started a new life as a aircraft designer and historian. He married Rosemary Giedroyc, a woman of English descent, and raised four children. 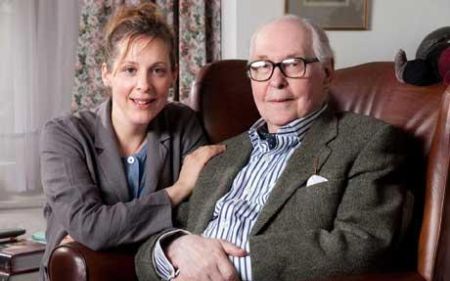 Mel Giedroyc with her Father Michal, who was born in a aristocratic family. SOURCE: Telegraph

Mel is the youngest of her four siblings. Her eldest sibling is brother Miko Giedroyc who is a musician and composer. He is nine years older than her.

The comedian's eldest sister is Kasia Giedroyc, who is a author of children's books. She is married to British diplomat Philip Parham and is a parent of seven children.

Her other elder sister is Coky Giedroyc. She is a BAFTA-nominated film and TV director. After a failed divorce, she tied the knot with Sir Thomas Weyland Bowyer-Smyth, 15th Baronet, a BAFTA-winning production designer. Coky is a parent of three kids, including Casimir Stanley Giedroyc Bowyer-Smyth.

As of 2020, Giedroyc boasts an overall net-worth of $5 million. Also, she has a home in Ealing, London, which she describes as a perfect sized house with a tiny garden. The actress at present is living a comfortable life, but she gained this comfort after hard work and many difficult financial times.

Mel, before "The Great British Bake Off," was most known as one part of the comedic duo, Mel and Sue. The pair were a sensation in the early nineties. 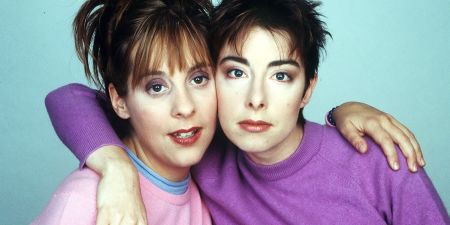 Mel first met her comedy partner Sue Parkins when she was in college in Cambridge. They both were members of the comedy troupe Footlights and formed strong friendships. After finishing college, she asked her to be a comedic partner, and she agreed.

The pair debuted their comedy career at the Edinburgh Fringe in 1993. They got a positive response from critics and audiences. Soon they got opportunities to write for the show "French and Saunders" and "Absolutely Fabulous."

In 1997, the duo gained their own show "Light Lunch" on Channel 4. The show ended after two years, but immediately they got the opportunity to present another show. Things were awesome for them at that time. Kingsmill sponsored them, and they were earning well. But by 2003, things changed.

Near Bankruptcy Because of the House

In the late 1990s, Mel was enjoying financial stability because of the sucessful shows. So, in the early 2000s, the TV host decided to get married and start a family. Not only she added responsibilities, but she made some foolish economic decisions.

Because of a lack of continuous flow of moeny, Mel and her husband became increasingly unable to pay their house mortgage. She reached to the point of bankruptcy. However, because of the supportive family and difficult decisions, she saved herself from that pitfall. She sold her house and cleared all of her loans. She then moved to a two-bedroom rented home.

The Great British Bake Off and revival of her career

Mel, though, cleared her loans, but she was yet to be financially stable. She was not getting enough work that would boost her income.

So, when Mel was offered "The Great British Bake Off" alongside her comedic partner Sue Parkins, she immediately accepted. She did not believe it would be sucessful, but she took either way as she was shorthand in cash. 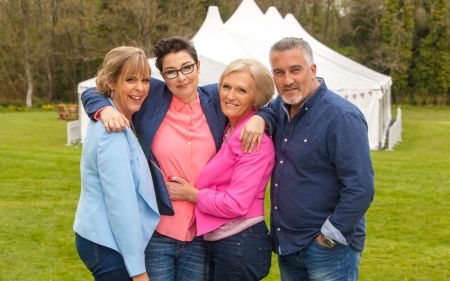 Mel Giedroyc is the former host of The Great British Bake Off SOURCE: Reality Blurred

The show premiered in 2010 on BBC Two with Mel and Sue as hosts and Mary Berry and Paul Hollywood as judges. Contrary to Mel's assumptions, the show was loved by fans and was renewed for the next season. Year by year, the show became one of the most-watched programs on British television.

With the sucess of the show, opportunities again opened for the comedian, and her financial troubles began to fade.

Though "The Great British Bake Off" was achieving a new height of sucess, she, Sue, and Berry left the show in 2016 in disagreement with the show's decision to move from BBC to Channel 4. Sandi Toksvig and Noel Fielding now host the show.

Since leaving the show, Mel has worked as a presenter and star in various shows, including "Eurovision Song Contest," Taskmaster" and "Children in Need."

Mel, besides being a comedian and TV presenter, is also a talented actress. She has shown her incredible acting talent in the small and big screens from the beginning of her career.

Giedroyc is most known for her work in projects such as "Rhona," "Miranda," and "Sadie J." She will be next seen in the TV series "Hitmen" alongside her long-time comedic partner Sue Parkins. Tonya Cornelisse and Sheldon Frett will join them. 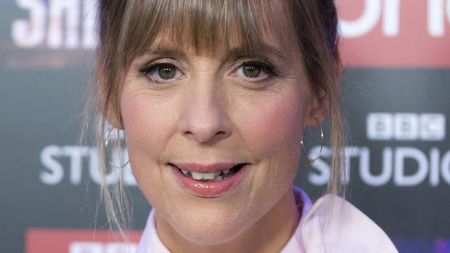 Ben Morris is a director and teacher. He has directed Tv series "The Bill", "Brief Encounters" and "Doctors."

Florence Morris is the eldest daughter of the TV presenter and comedian Mel Giedroyc. She has a younger sister.

Vita Morris is the daughter of Mel Giedroyc with husband Ben Morris. She is two years younger than her sister.