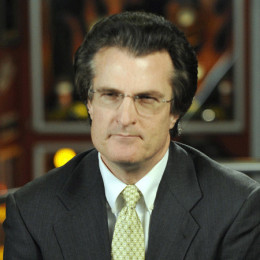 Melvin Adam Kiper, Jr. commonly known as "Mel Kiper" is a football analyst for ESPN, since 1984. He is the founder and president of Mel Kiper Enterprises, which he founded while attending Essex Community College. Ranking the top 25 college football players weekly, he became known for his Big Board coverage. He has done voice work in the video game Madden '08 along with John Madden.

Talking about his personal life, till now he has been married only once and he is enjoying his marital relation with his wife since 1989. They have raised a beautiful daughter from their marriage. The couple seems to have a great understanding and bonding with each other so there is no point on their divorce. Beside his marriage, there is no record of his affairs and other such relevant activities.

She is the first and current wife of Kiper, who assists her husband in running Mel Kiper Enterprises.

She is the first child of Kiper, who was born safe and sound.