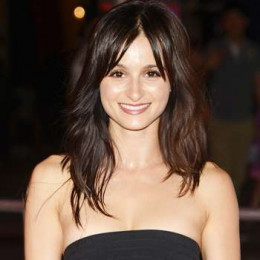 Melanie Papalia is an actress of Canadian nationality, who has been known for the portrayal of Dana in American Pie Presents: The Book of Love and also for her roles in films like Frankie and Alice as well as Postal. Her role as Pippa in Endgame has been appreciated widely and she was born in Vancouver, British Columbia and has been in the acting industry since a long time.

Melanie seems to be a secretive personality who wishes not to disclose the details regarding her personal life to her fans around the world. She has never been associated with anyone from the acting fraternity and seems to be single with no boyfriend or girlfriend. Melanie is not the mother of any children and she seems to have never had married yet.