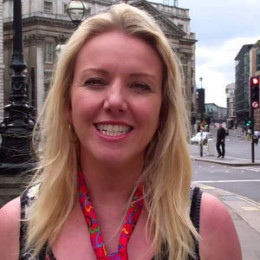 Australia journalist, Melinda Farrell is currently single. She graduated from the University of Canberra with a BA TV communication/Journalism degree. Melinda began her professional career from MC, as the freelancer. She served MC for five years, hosting various events such as Wallabies V Lions 2013 as on-field MC at ANZ Stadium, Cronulla Sharks as MC for Match Day & Women in League event.

Melinda Farrell has covered a wide range of sporting codes for print, television, and radio in Australia and the UK. She is also involved in humanitarian acts. Melinda Farrell advocated for The McGrath Foundation, the charity for breast cancer support. She has also been associated with the education charity established by Aussie pace legend Glenn McGrath and his wife in 2002. She has not revealed any information about her personal life.