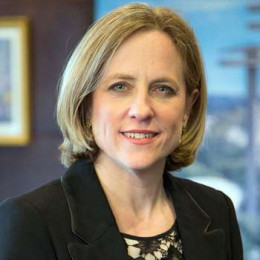 Talking about her personal life, she is yet unmarried and is a single mother. Though she hasn't married anyone till date but she has mothered two adorable sons whom she gave birth via in vitro fertilization. Her ex-boyfriend is her sperm donor, with whom she stayed in a relation from 2012 till 2015. We can stay connected and know her better by following her in Twitter @melindakatz.

He is the first son of Melinda, whose birth details has not been disclosed to the media yet.

He is the second son of Melinda, who was born safe and healthy via in vitro fertilization.