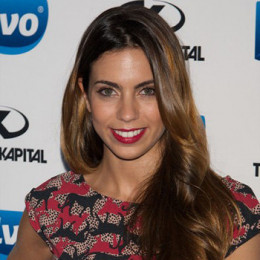 Melissa Jimenez is a Spanish sports journalist. She is daughter to Antonio Jimenez and Luciana Dionisio. She was just 2 years old when she moved to Barcelona. She studied Communication Sciences in Barcelona. She worked for two years on radio and 25TV. Later she collaborated with MarcaTV. while she worked for Marca TV she presented "Marca Motor", "Brand Player", "Tiramillas" and "Zamoras and Pichichis". Currently she is working as reporter for program named paddock MotoGP.