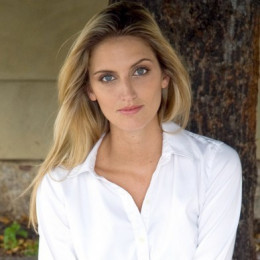 An American fashion model and fashion designer, Melrose Bickerstaff is currently single. She graduated from The Art Institute of California - San Francisco with a degree in fashion design. Melrose Bickerstaff also participated in the school's fashion program. She first came to prominence in 2006, as the runner-up in the seventh cycle of America's Next Top Model. Melrose used to work as a fashion designer before appearing on America's Next Top Model.

Melrose Bickerstaff also appeared in New York's Tartan Week with Ivanka Trump and Marcus Schenkenberg in 2007. Bickerstaff has also appeared advertisements for Scoop NYC, Jack Rabbit Belts, and the Beau Soleil Fall 2007 Collection, and walked the runways at London Fashion Week Fall/Winter 2008 for designer Aminika Wilmot and much more. Melrose Bickerstaff is rumoured to have hooked up with Jeremy Piven (2007).