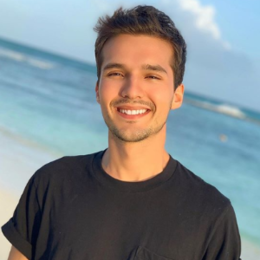 To an intellectual and hardworking person, nothing becomes a barrier on their work as they easily handle the situations and get through it. A Mexican YouTuber, as well as a voice actor, Memo Aponte, is the perfect example of it. He is renowned for the Spanish voice of Cody Martin in The Suite Life series.

Celebrated A Dating Aniversary With His Girlfriend

Memo Aponte equally maintains his professional as well as personal life. He is currently dating his lover Monica Rosales, an Instagram star. Their affairs began in 2019, and since the start, they are open and never hesitate to talk about their love life on the public. 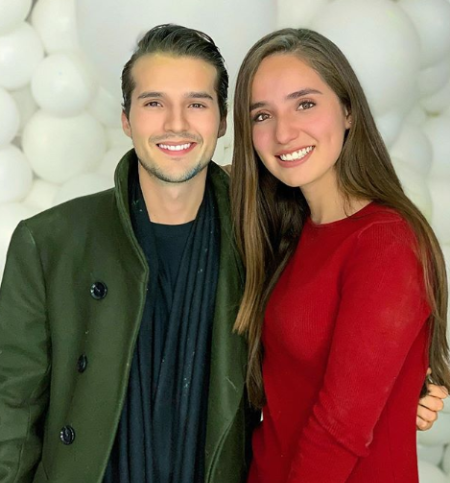 Both of them made their relationship official through their respective Instagram account by uploading lovely photos. The lovebirds spend quality time together whenever they are free and never miss to give a glimpse to their fans by sharing pictures on social accounts.

Their pictures on Instagram are enough to prove how much the two are in love with one another. On 16th September 2019, Monica uploaded a photo on her Instagram account, and through the caption, she revealed that on 13th September, their togetherness turned eight months. 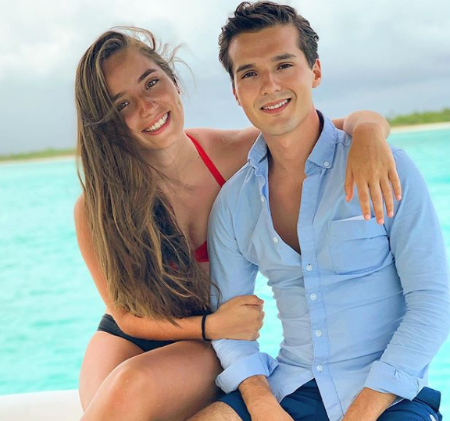 The Instagram star added that she is immensely happy to experience what LOVE is next to her lover. Further, she wrote;

"I did not know everything that love could make you say, think and how we are able to act for love, I am surprised and grateful to be able to live this with you my love thanks for so much and we are going for more."

Aponte and his partner further visit exotic places on vacations and also attends different events as a couple. In one of the Instagram posts, Monica told Memo exactly is the one who she never wants to lose. Moreover, she wrote, 'I love you' with a heart emoji at the end. 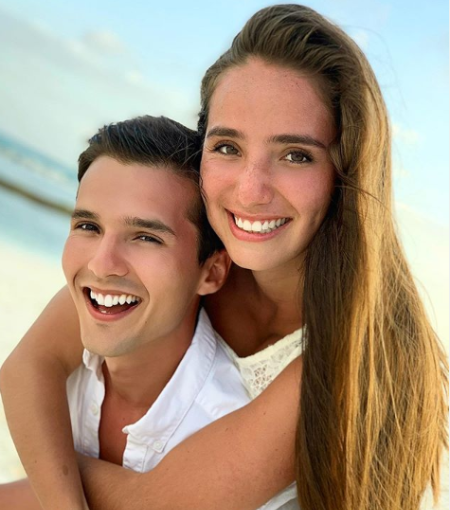 Similarly, the voice actor also never shows his affection to his lover in the same way as Monica. On 14th January 2020, they celebrated their dating anniversary. Memo wished anniversary to his lover through his Instagram by uploading a lovely photo.

His Career In Diverse Field

Memo Aponte began his voice acting career in 2002. he provided a voicing Chip for the collector's edition of Beauty and the Beast. His first notable role was as Spanish voice of Cody Martin in The Suite Life series. Similarly, he also gives the voice of the title character on Finding Nemo.

Also, he played a part of Phineas in Phineas and Ferb. His other works are in Coco (2017) and Dia de Muertos (2019). Apart from this, he is also famous on YouTube for content related to different film and television.

Moreover, he also uploads personal vlogs and challenges. Besides, he makes collaborative videos with his girlfriend and other YouTubers like Karen Polinesia and Karol Sevilla. In one of his video titled Disney Challenge en Navidad, Karol appeared as a guest star.

From his multiple professions as a voice actor and YouTuber, Memo Aponte earns a colossal amount of money. A voice actor gets paid an average annual salary of around  $90,000 in the United States. Similarly, YouTube pays $0.18 per view, and a channel receives $18 per 1,000 ad views.

His YouTube videos has millions of views; thus, Memo probably makes a good income from it. He currently holds an estimated net worth of around $1 million.