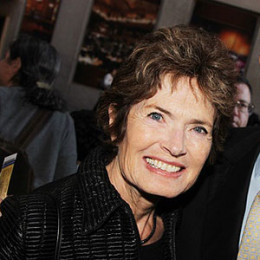 Highly accomplished woman, Meredith worked as vice-chair of Conservation International for 16 years. This is a field-based nonprofit organization whose mission is to mainly protect the earth’s living heritage and its global biodiversity.

Meredith also worked as a director of the Gannett Company for 18 years. She wrote eight Penny Whistle books for children.

Meredith worked as a founder and started her own company in New York City called 'Penny Whistle Toys' and worked as an operator until 1999.

In 2006, Meredith co-authored a cookbook entitled 'Big Sky Cooking'. She completed the New York Marathon that fall in four hours and 10 minutes.

Meredith Lynn Auld married  Tom Brokaw, a television journalist, and author. Her husband is best known as the anchor and managing editor of NBC Nightly News from 1982 to 2004.

The couple met while Meredith shelved her collection of storybook dolls at Yankton High in South Dakota.

The couple married on 17th August 1962. Her husband Tom Brokaw had been diagnosed with multiple myelomas in August 2013.

The couple has three daughters including Jennifer Jean Brokaw, Andrea Brooks Simon, and Sarah Auld Brokaw also has many grandchildren.

Meredith 's husband Tom worked as an emeritus board member of WNET and also a chair of their Education Committee for ten years.

In Meredith's husband Tom latest book entitled "A Lucky Life Interrupted,'' he writes about his experience with cancer. Saying “All you have to do,” she advises, “is get off your duff'', Meredith encourages all woman with a little spunk to try the world of commerce.

Meredith Lynn Auld hasn't revealed the real figure of her net worth but as per some line sources, her net worth isn't less than a seven-digit figure.

However, her husband has a husband, Tom Brokaw has an astonishing net worth of $70 million, His annual salary is $8 million.