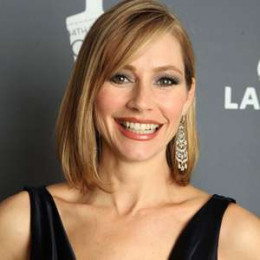 American actress, Meredith Monroe is known for her appearances in Dangerous Minds, Sunset Beach Criminal Minds, Dawson's Creek. Monroe's parents divorced when she was two years old. She grew up in Hinsdale, Illinois and studied at Hinsdale Central High School and after graduating she moved to New York to pursue a modelling career. In 1995, she appeared in a number of TV commercials and magazine advertisements for L'Oreal hair-care, Disney Resort, Huffy bicycles, Ford cars, and Mattel toys. She made her first acting debut role on the ABC show "Dangerous Minds".

Meredith Monroe got married to an actor Steven C. Kavovit on August 1999. Her husband has appeared in the movie"28 Days" in 2000. The couple has been dating for 5 months before getting together in Aug 1997. After 1 year of engagement, they married in a small ceremony with just close family and friends in Hawaii. The couple has been blessed with one daughter who was born at the end of 2014.

Meredith Monroe got married to Steven C. Kavovit on August 1999. She has one daughter but Meredith doesn't revealed her daughter's name in her bio.