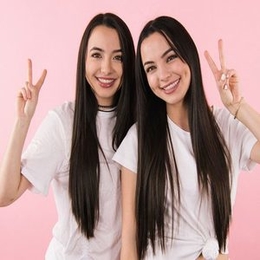 At only at the age of 23, the Merrell Twins has over 5 million subscribers on YouTube. Clearly, no one is serving the YouTube community like these two individuals. But, what do we know about these two?

Merell Twins consists of two amazing young women, Veronica Merrell and her twin sister, Vanessa Merrell who are actresses, singers, and YouTubers with loads of followers and fans. Like the two sides of the coin, they are inseparable and has shown what great stuff can be brought through only teamwork. 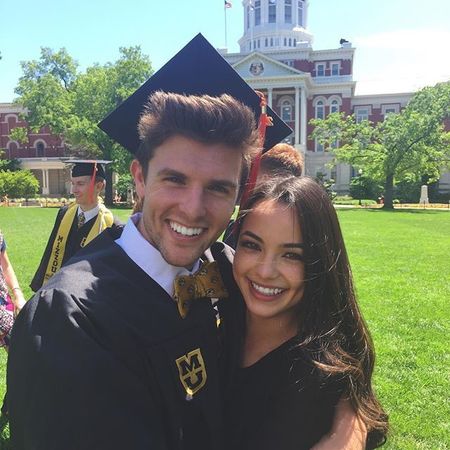 On the other hand, fans are also much curious to know if the girls are dating anyone? Are they? Well, rumor has it that they might be in a relationship. Interestingly, speaking of which, both Merrell sisters have ironically dated guys named Aaron. They weren't, however, the same people.

Vanessa previously dated fellow YouTuber and Instagram influencer, Aaron Van Wormer who quickly rose to fame after his relationship with Vanessa. The two dated for more than two years since 2015 before their romance soured in 2017. And, whilst it lasted, Aaron who is today engaged to someone else actively appeared on Merrell's YT videos. 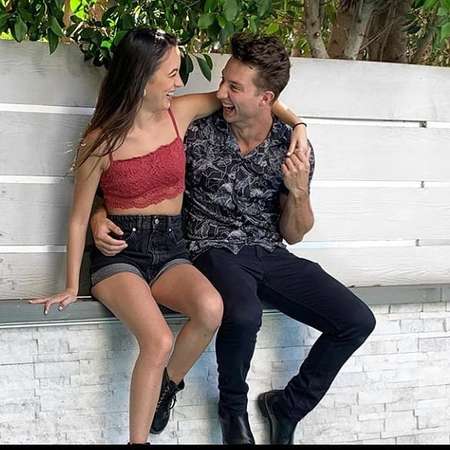 Vanessa Merrell and Christian Seavey pictured together in. SOURCE: Picuki

Then in 2019, fans were happy to learn that Vanessa had moved on from the heartbreak and found a new partner. Vanessa was rumored to be dating Christian Seavey who is better known as the brother of American Idol contestant, Daniel Seavey.

Likewise, Christian as well as appeared on a few videos together with the Merrell sisters. However, the fans were mistaken. Vanessa and Christian aren't dating nor they ever dated. Vanessa is currently single, unlike her sister Veronica.

As for Veronica, fans began speculating in 2018 that she was dating Filipina-American YouTuber, Aaron Burriss who is better known for his channel, Lazyron Studios. Not to mention, these two likewise have participated in activities together. However, Veronica and Burriss didn't address any rumors regarding their affair months later. 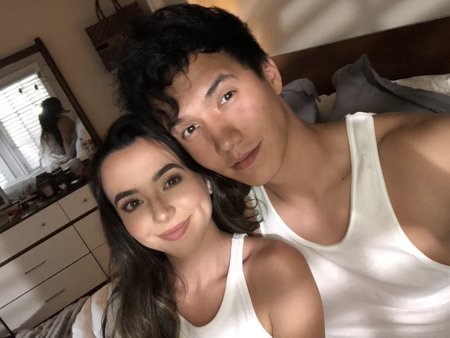 But today, their strong love can be witnessed all over their social media. The love birds aren't shy to express their love on Instagram where they post adorable and lovey-dovey pictures. You can check it out on their Instagram.

As of early 2020, the Merrell Twins on their collaborated YouTube account has more than 5 million subscribers. And, that's definitely a huge accomplishment, to say the least. Not anyone can reach such a milestone at such a young age.

As a matter of fact, Merrell Twins have been making videos since a very young age and never looked back until they hit it big. Aside from blogging, Twins also has worked as an actress for the popular TV series and movies, Jane the Virgin, Faking It, The Standoff and Like A Boss which was a box office hit of $29 million.

And, together, the famous online sisters have won awards including Streamy Awards and Shorty Award and received nominations like Teen Choice Award and Nickelodeon Kids' Choice Awards. Surprisingly, the Merrell Twins can be estimated to hold a net worth of no less than $100,000 which they accumulated from their YT and acting career.

Besides, Veronica and Vanessa make a few earning from their singing career and side business through which they sell their merch. The Merrell Twins collaborated with other YouTubers and sell their merch through a brand called Fanjoy. And, the twins' fans can get products like shirts and sweaters ranging in the price from $10-$25. 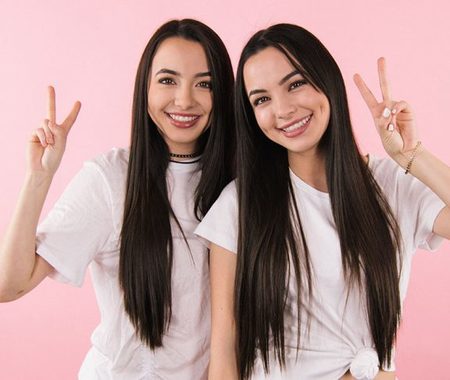 The Merrell Twins grew up in Kansas City. SOURCE: Pinterest

Impressively, with their rising popularity, the Merrell Twins' fans can also play quiz games on several websites where they can get to play how well they know the sisters.

Quick Facts Of the Merrell Twins