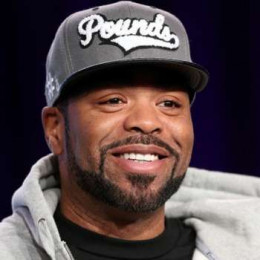 Method Man is the stage name of the rapper, record producer and actor of American nationality, whose actual name is Clifford Smith. Smith was born in Staten Island, New York and took up his stage name from the film named Method Man. One half of the hip hop duo Method Man and Redman, he is a Grammy Award winner and has appeared in movies like Red Tails and Belly.

Method Man is happily married to his wife, Tamika Smith in 2001. The duo was previously engaged in 1999.

In 2007, he was arrested in New York City for marijuana possession. Later, in 2009, he was again arrested for income tax violations.

Method Man holds an estimated net worth of $14 million.

Through he refuses to leak details in regards to his wife, it has been known that Method Man engaged to her on 1999 and was married to her on 2001.

The first child of Method Man with his wife, a boy was born on 1996.

The second child of Method Man, a daughter was born on 1997.