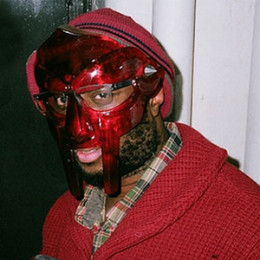 A British hip hop recording artist who is better known for "super villain" stage persona. He is son to a Zimbabwean father and Trinidadian mother. He was very young when his family moved to New York. In 1998 he formed the group KMD alongside his younger brother DJ Subroc and another MC named Rodan. In 1997 he again started freestyling incognito at open-mic events in Manhattan where he used to wear women's stocking over his head. After the release of King Geedorah album "Take Me to Your Leader" in 2003, he gained extra popularity. He has already collaborated with popular bands like Madvillain, DANGERDOOM, DOOMSTARKS and JJ DOOM.

Talking about his relationship status after being so much popularity he has still managed to keep very low profile. Though there is rumor that he is gay there is no hard evidence to prove that fact and neither he has publicly announced any news on his sexuality. There is also rumor that he sends imposters to perform live shows on his behalf because of his weight loss and changing voice.