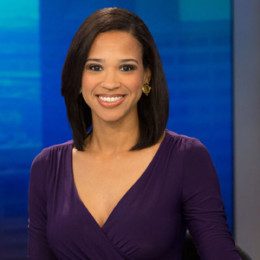 Mia Gradney is an award-winning journalist, reporter, local TV personality, producer, and beloved local news anchor is currently working at KHOU 11 News. She is a married woman and is fully committed to her husband.

Mia Gradney was born in 1976 in Houston, Texas, U.S. She came from the middle-class family and grew up with her two siblings.

Gradney went to Spring High School. She attended Sam Houston State University and earned her Bachelor of Arts Degree in Radio and Television. She also acquired a General Business Minor. While at the University she did multiple radio show.

Mia Gradney began her career as a production assistant at Houston’s KTRK-TV. In 1998 she joined the KAVU-TV followed by KVCT-TV in Victoria. At KVCT- TV she served as a field reporter and weekend anchor. Gradney then worked at WB39 as a host and producer of the show Good Morning Southeast Texas. She also worked as a lead anchor at KIAH.  As of now, she is an employee at KHOU 11 News.

Throughout her career, she has reported on major events like star-studded Hollywood movie premiers, Hurricane Harvey and Hurricane Irma. Likewise, she has also reported on various healthcare epidemics and studies regarding heredity disease like Autism.

Gradney has accomplished a lot throughout her career. She has received an Emmy Award three times. Besides that, she has also served as ambassador and has actively participated in volunteer work. She is the co-founder of Women of Wardrobe, the organization that supports its affiliate, Dress for Success Houston.

Reporter Mia Gradney is a married woman. Gradney walked down the aisle with her husband Troy C. Clendenin on November 10, 2001. The ceremony was held in Harris County, TX in the presence of family and friends. The duo first met at Mia’s father shop where her now husband came to buy a wallet.

The couple welcomed their adorable daughter Avery in 2007.

Gradney is a fitness freak. She pays quite an attention when it comes to her health and fitness. She often shares her workout photos via social media.

As the average news anchor in Texas, Gradney makes about $70,000 a year but now certainly earns more than that. Her net worth is possibly more than six figures.

Troy C. Clendenin is a current husband of reporter Mia Gradney. The duo is happily married since 2001.

Avery is the only child of Mia Gradney and her husband Troy. She is 10 years old now.