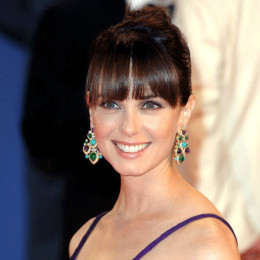 A Canadian gorgeous actress, writer and social activist who is widely known for her role as Jenny Schecter on Showtime's The L Word, which was aired from 2004 to 2009. She is a daughter to a teacher Etti Kirshner and Sheldon Kirshner, a journalist. She completed her graduation from Jarvis Collegiate Institute. She holds a degree of a degree in English Literature from McGill University. She started her professional career in acting at a very young age of 15. In 1993 she debuted in the film industry from a movie named Love and Human Remains. She has already starred in movies like Exotica, The Crow: City of Angels, Not Another Teen Movie, The Black Dahlia etc. She is also the author of the popular book named "The I Live Here Projects".

Mia Kirshner was born on January 25, 1975, in Toronto, Ontario, Canada to Etti, a teacher, and Sheldon Kirshner, a journalist who wrote for The Canadian Jewish News. She is the granddaughter of  Holocaust survivors. She is Canadian and belongs to the Caucasian ethnicity.

Krishner was brought-up in Middle-class family along with her younger sister, Lauren Kirshner, a writer. She attends the Forest Hill Collegiate Institute but later completed her graduation from the Jarvis Collegiate Institute. She also studied at  Russian literature and 20th-century movie industry at McGill University in Montreal.

Krishner is possibly single at the moment. She is quite secretive about her personal life especially about her dating life and relationship rumors.

Mia Kirshner holds an estimated net worth of $2 million.