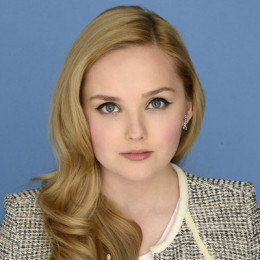 American actress, Mia Rose Frampton is best known for her portrayal as Becca Keeler in the ABC Family teen drama Make It or Break It. Started her ballet lesson at an early age of five, she emerged as an actress making notable performances in movies and television.

Frampton was born on March 4, 1996, in Nashville, Tennessee, U.S. An American by nationality, she belongs to the White ethnicity. She is the daughter of Peter Frampton, an English Rock musician, and Tina Elfers.

Frampton took her first ballet lesson at the age of five. She has taken the musical theater program at University of Cincinnati College-Conservatory of Music.

Frampton made her debut in 2009. She played the role of Rebecca “Becca” Keeler in a teen comedy-drama TV series, 'Make It or Break It'.

Frampton has also worked in several movies. Her movie credits include That’s What I Am, Bridesmaids, G.B.F., and Tammy. Her movie, Bridesmaids was one of the best comedies of the year.

Frampton, age 21, is unmarried till the date. Despite the popularity, she has kept her personal life low profile. She has shared many pictures with her friends on her Instagram account. Looking at her social accounts, she does not seem to be in a relationship.

Frampton is also a musician. She plays guitar, sings and writes during her free time. She has remained conscious of her personal information and does not like not to share many things with others. She has not talked about having an affair or boyfriend in the past.

Frampton has earned a good amount of money from her acting career. Her movie, Bridesmaids grossed $288.3 million worldwide. She has maintained a decent net worth.