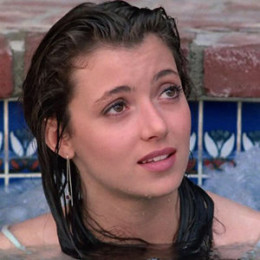 American actress, Mia Sara is best known for portraying the role of Sloane Peterson in 1986 comedy film, Ferris Bueller's Day Off. She also received critical acclamation for her appearances in Legend (1985) and Timecop(1994).

Mia Sara is happily married to Brian Henson since 2010 in an intimate ceremony in the presence of their closed ones and family members. In addition, the couple shared a daughter, Amelia Jane Henson who was born in 2005.

Previously, Sara has married to actor and producer Jason Connery in 1996 but they ended their marriage in 2002. They had a son, named, Dashiell Quinn Connery who was born on June 1997.

Mia Sara holds a net worth of $1.5 million which she accumulated from her career as an actress.

Mia has appeared television roles like playing Annie Knox in the science fiction series Time Trax and Dr. Harleen Quinzel in the short-lived WB Network superhero show Birds of Prey. She is best known for her role as Sloane Peterson in the 1986 comedy film "Ferris Bueller's Day Off".

Sara has previously married to actor and producer Jason Connery in 1996 but they ended their marriage in 2002.

Currently, Mia Sara is married to Brian Henson since 2010. the couple has been blessed with one daughter .

They had a son, named, Dashiell Quinn Connery who was born on June 1997. He has one younger sister.

Amelia Jane Henson was born in 2005. She has one elder brother from her mother's previous marriage.