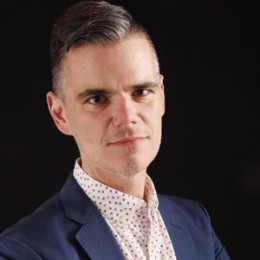 Michael Ausiello is an American television industry journalist and actor. He was a senior writer at TV Guide and its companion website, TVGuide.com. He is a graduate of the University of Southern California, and spent three years as the senior news editor of Soaps In Depth magazine and served as media relations coordinator at Entertainment Tonight prior to joining TV Guide. Ausiello has appeared in a few cameo roles on episodes of such television series as Gilmore Girls, Veronica Mars, and Scrubs.

Ausiello is openly gay and was married to photographer Kit Cowan. Cowan died of a rare form of neuroendocrine cancer on February 5, 2015. He is now single and is busy in his career. He loves the way he is and is confident in his profession so that he has been able to contribute a lot and has million of fans with him. To get in touch with his personal life we can follow him on Twitter @MichaelAusiello.

He was married to photographer Kit Cowan. However she died due to her medical problem and thus she is single today.