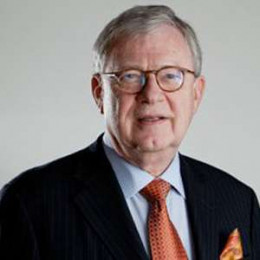 Michael Barone, born in Highland Park, Michigan, is an American journalist, pundit, and a conservative political analyst. He was born to father Charles Gerald "Jerry" Barone who was of Italian descent and mother Alice Katherine who was of Irish descent. Michael went to Cranbrook School for his high school degree and graduated in 1962. For the bachelor's degree, Barone went to Harvard University and graduated in 1966. He went to Yale Law School for his law degree. Barone is mainly known as the Senior Political Analyst for Washington Examiner.

Besides a journalist, Michael Barone is also an author known for his works including Our Country: The Shaping of America from Roosevelt to Reagan, Our First Revolution: The Remarkable British Upheaval that Inspired America's Founding Fathers, and The New Americans: How the Melting Pot can work Again. He is a part of Beltway Confidentia blog and contributes to Fox channel as well. Barone was previously married to Joan Shorenstein until she died of cancer. He has one daughter.

Joan Shorenstein is an American journalist primarily known for her works in The Washington Post and CBS news. Michael was married to her for 10 years. She died in 1985 because of cancer.

Sarah is the only child of Michael. There is not much information about her except some pictures.