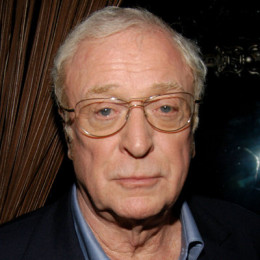 An English actor and author, Michael Caine is popular for his Cockney accent. He has acted in more than 115 movies. He is one of the most recognized actors in England. Zulu, Prestige, Inception. Interstellar etc. are some of the blockbuster movies in which he has acted.

Michael Caine is happily married to Shakira Baksh since 1973. The duo tied the knot in an intimate ceremony in the presence of their closed ones and family members. They have a daughter, Natasha Haleema.

Previously, Caine exchanged a vow to actress Patricia Haines from 1955 to 1962. The duo shared a daughter.

Michael Caine holds an estimated net worth of $75 million.

Michael Caine was born on 14 March 1933 in Rotherhithe, London, England. His parents are Ellen Frances Marie and Maurice Joseph Micklewhite. He was brought up with Protestant belief.

Caine studied briefly in Wilsons Grammar School and left school and worked as a clerk and messenger for a film company which is located in Victoria Street. He started his career at age of 20 by starring as Drunkard Hindley an in movie named as Wuthering Heights.

After dating few weeks they got married. Caine blame himself for the divorce. According to him he was still not ready for the marriage. They are together parents of daughter.

They first met each other in Maxwell house where he felled in love with him and his friend helped him to get her number and eventually they got married. Together they are parents of one daughter.

She was born from his first marriage. According to him he was not able to cope well with his daughter when she was born.

She is just beautiful like her mother. Her pictures along with her family can be found in different sites.