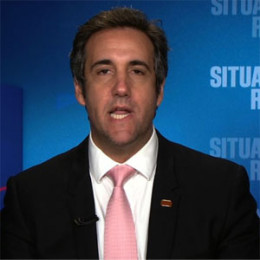 Michael Dean Cohen is the personal lawyer to US President Donald Trump. Prior to this appointment he was executive Vice President of the Trump Organization and special counsel to Trump. Cohen also previously served as co-president of Trump Entertainment and a member if the board of the Eric Trump Foundation, a children’s health charity. He joined he Trump Organization after having been a partner at Philips Nizer. His mother was a nurse and his father was a surgeon. Cohen graduated from American University and the Thomas M. Cooley law School.