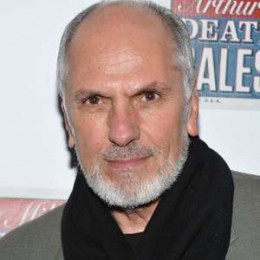 Michael Cristofer is playwright-filmmaker and actor. He is the son of Mary and Joseph Peter. Michael started his theatrical career as an actor, mainly on stage. He has written numerous screenplays for film. His most recent works for the theatre are in a workshop at the Actor's Studio where he is a member. He was recently seen in the NBC series, "Smash" American Horror Story and Showtime's "Ray Donovan".

Michael Cristofer won the Pulitzer Prize for Drama and the Tony Award for Best Play forThe Shadow Box in 1977. He collaborated with trumpeter Terence Blanchard, writing the libretto for Champion, a jazz opera based on the life of prize fighter Emile Griffith. Michael Cristofer has not disclosed any information about his personal life and there is also no information about his controversy and rumors.