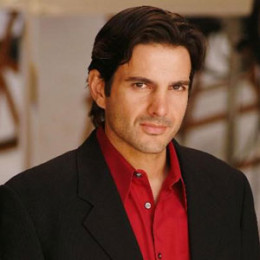 Michael Desante is a renown actor, producer, and writer. He got the popularity after his appearance in X-Men: Days of Future Past. Desante is a married man. Actress Yasmine Al Massri is his current wife.

Michael Desante was born on August 7, 1962, as Michael Anthony Desante. He hails from Middle East, Palestine.

Desante completed his bachelor level education from Fettes College. He also attended Hurtwood House Drama School. He earned his Master degree in Business Administration from UCLA. He was a great athletics in his early days and had been a professional Rugby player.

Michael is an actor, producer, and writer, well trained in each field. He began his acting career in 1991 appearing in Fox’s drama Melrose Place.  He then acted in an array of TV series including ABC’s Alias and CBS’s The Agency. After that, he starred in the television movie The Journey of Allen Strange: Alien Vacation in 1999.

In 2003 Desante performed in the hit Cradle 2 the Grave featuring Jet Li. He also appeared in Sleeper Cell and Soldier of God. The latter movie is his first production venture.

He was then cast in many blockbusters such as Bruno in 2009; The Hurt Locker in 2009 and Harodim-Nichts als die Waheheit? in 2012. Additionally, Michael appeared on NBC’s TV series Crossbones in 2013-14. He got his fame after his performance in Patrick Stewart’s action film X-Men: Days of Future Past in 2014.

The 55-year-old Desante is a married man. His wife is actress Yasmine Elmasri. The couple has a son named Liam. He is not only a good actor but also a good husband and a father.

Michael made his fortune from the acting career. His current estimated net worth is $1.5 million.

Liam Desante is the only child of Michael and Yasmine.