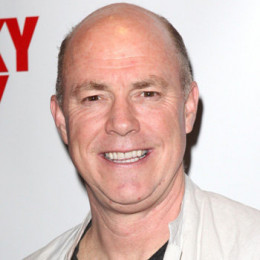 An American film and television actor Gaston is widely known for his role of agent Quinn on the show Prison Break and as Gray Anderson on the CBS drama series Jericho. Some of his film credit includes, including Cop Land, The Crucible, High Crimes, Bridge of Spies, Sudden Death, Ransom, Thirteen Days, Double Jeopardy, Sugar and Body of Lies and Bless the Child. He was nominated for the Gotham Independent Film Award for Best Ensemble Performance.

When it comes to his personal life, he has always stayed low profile. Till now he hasn't shared any personal information to the media, as he is a popular personality and his fans want to know him better. As per the information from the source, he is said to be a married man and is a father of two children, but there is no any details about them. He has two children and lives in New York's Hudson Valley.