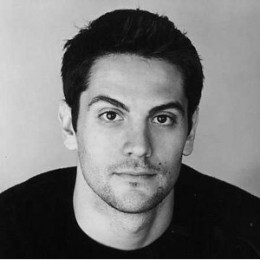 An American producer and actor, Michael Landes is currently married to an actress Wendy Benson-Landes. The couple married on 21st October 2000.He is a son of Bernard Landes, a marketing consultant and Patricia, an interior decorator. Final Destination 2 (2003), Burlesque (2010) and 11-11-11 (2011) are his popular movies. An American Summer is his first movie he has a role of Tom Travis. He has many fans in social sites.

Michael Landes is a married person. The couple has two children. Mimi Landes is the name of his daughter and Dominic Landes is his son. Hooten and the Lady are his television series ,Michael has a role of Hooten in a Main Cast; 6 episodes.  CBS Afternoon Playhouse, Lois & Clark: The New Adventures of Superman, CSI: Crime Scene Investigation are his popular television series.

Mimi Landes is the name of his daughter.

Dominic Landes is his son.