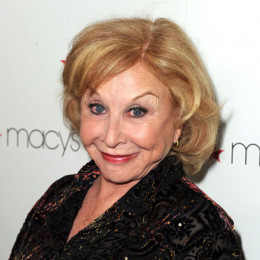 The American actress Learned is widely famous for her playing in the CBS drama series The Waltons, as Olivia Walton. She is the recipient of four Primetime Emmy Award: one for Nurse and three for drama series The Waltons. She was born to Elizabeth Duane and Bruce Learned. She went to attend Arts Educational School in England to pursue her career in Acting.

Her personal life is full of ups and downs but she has managed to move on with her life with a pretty smile on her face. Till now she has been married four times. Her first marriage lasted for almost 16 years and have raised 3 kids with her first husband. She has been enjoying her fourth marriage since 1991 but does not have any kids from him yet. There is no any controversial issues related to her till date.

The Canadian-American actor Peter is the very first husband of Learned. The couple lived together as husband and wife for almost 16 years.

He is the second husband of Learned. The two were married in the year 1974 and got divorce in 1977.

He is the third husband of Learned, who by profession is an actor and screenwriter. There is no exact date of their divorce.

He is the fourth and the current husband of Learned, who by profession is a Lawyer. Currently, the couple resides in California.

He is one of Learned's son who now is a actor.

He is the healthy born son of Learned, whose current status is unknown.

He is one of Learned's son, whose date of birth and current status is unknown.