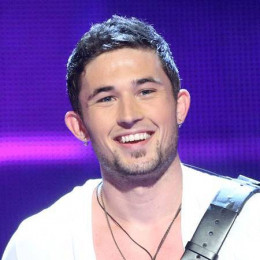 He is an American country music artist best known for writing Big & Rich's 2015 single, "Run Away with You". He released his debut single, "Kiss You in the Morning" after signing to Warner Bros. Records Nashville. Before all this, he was mentored on a singing competition 'The Next: Fame Is at Your Doorstep' by John Rich of Big & Rich, which he later won. Details about his family background and his educational background are still unknown.

Michael Ray was born Michael Ray Roach on April 29, 1988, in Eustis Florida U.S. He is an American and belongs to the white ethnicity. His birth sign is Taurus.

Ray rose to fame after he wins the singing competition The Next: Fame Is at Your Doorstep and he was mentored by John Rich of Big & Rich. After winning the show, he and Rich co-wrote Big & Rich's 2015 single, "Run Away with You".

Later he was signed to Warner Music Nashville and released his first debut single, "Kiss You in the Morning". The song topped the  Country Airplay chart. In March 2017, it was reported he landed a guest role on CMT's show, Nashville.

Moving on to his personal life, there is no record of his marriage and children but he was romantically involved with Carli Manchac, a singer. The duo has been together on the road and traveled together on the journey to country music success.

The couple often spotted together at public places with their cute PDA. They also don't hesitate to post one another pictures on their social sites. He is one of the popular faces in the American Music Industry, so a lot of his fans and admirers want to know him much better, but he has managed to keep his family matters away from the public. He hasn't been a part of any controversial issue yet.

Ray has earned a decent amount of net worth from his career but due to his secretive nature he hasn't revealed the exact figure but it is assumed to be in millions of dollar.