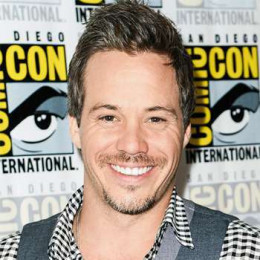 An American actor who is better known for his roles as Rene Lenier in Season One of the popular HBO television series, True Blood. In 1996 he completed his graduation from Clarkston High School. After graduation he started doing theater and also attended Lee Strasberg Theatre and Film Institute located in New York. He has made guest appearance in the television series like CSI: Crime Scene Investigation, Medium, Boston Legal, ER, NCIS. He has also starred in popular movies like Black Snake Moan, Jack Reacher and Once Upon a Time.

Talking about his relationship status after being so much handsome he has still managed to be away from girls grasps. Yes, till now he is still single. Though it is hard to believe that handsome hunk Michael is still single, till now he has not involved himself in any kind of relationship. It seems like he is really devoted in building his career rather than enjoying love life. Any rumor about him being gay is only hoax.