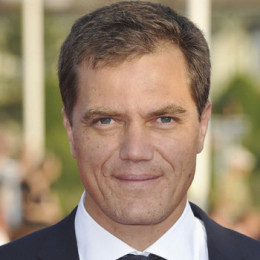 Michael Corbett Shannon is an actor and musician, best known for his portrayal in Revolutionary Road for which he got nominated for an Academy Award for Best Supporting Actor in 2008. He has won Saturn Award for Best Actor, for his performance in the 2011 film Take Shelter. His other film credit includes The Iceman, Man of Steel and Batman v Superman: Dawn of Justice. He is the son of Geraldine Hine, a lawyer and Donald Sutherlin Shannon, an accounting professor at DePaul University.

Accounting his personal life, he is yet unmarried but is in a serious relationship with his girlfriend. His girlfriend is an actress with whom he has parented two adorable childrens; two daughters. The two are dating since 2008 but yet they haven't thought of getting married. Currently, they live in Red Hook, Brooklyn. Besides there is no any record of his past relationship history till now.

She is the first daughter of Shannon, who was born in 2009.

She is the youngest child of Shannon, who was born in 2014.