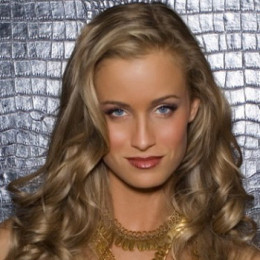 She is a professional model and television presenter, who is known for hosting E! News Daily, NBC's For Love or Money, VH1's Red Eye, The Movie Fan Show, Close-up Hollywood, Movie Watch and Attack of the Show!. By the age of 15, she began her modelling career and till now has appeared in magazines like as ELLE, Marie Claire, Harper's Bazaar and Vogue and over 60 commercials. She is of Swedish and Russian Jewish descent.

Moving on to her personal life, she is a married woman. Her husband is an American billionaire businessman and philanthropist, best known as the co-founder of Gateway Inc. Detailed information about their marriage has been kept out of media's radar. Before marrying her husband, she dated a tattoo artist for some time. We can stay connected to her via Twitter @michelemerkin.

One and only beloved husband of Merkin is Theodore W. Waitt aka "Ted", who is an American billionaire businessman and philanthropist.