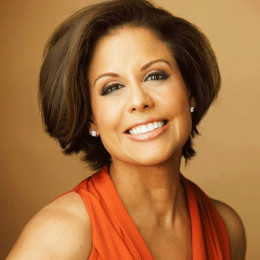 An entrepreneur and a former Los Angeles news anchor who is widely known for her work with Los Angeles' NBC affiliated KNBC-TV station. She holds degree of Bachelor of Arts degree in Communication from Cal State Fullerton. In 1989 she started her career as co-anchor for Channel One News. In 1991 she left the job and joined KTLA in Los Angeles, California as a morning anchor. After 7 years she again joined KNBC-TV as general assignment reporter. During her broadcasting career she was nominated for 19 Emmy nominations. She won two Emmy Awards for her work in KNBC news specials. Currently she is CEO of Ruiz Strategies.

Talking about her personal life she is a married woman. After being so popular she has still managed to keep her private life away from grasp of media. In an interview she told that she is very happy with her husband. She also told that he is very supportive and he is like best friend to her. Together the couple is parents of one beautiful daughter. She has not disclosed any identity regarding her husband and her daughter. It seems like she want to keep it private.