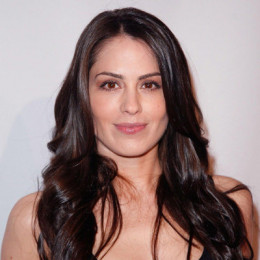 Michelle Borth is an American actress. She is known for her role in The Forgotten and a critically acclaimed series named Tell Me You Love Me of HBO. Her mother is of Italian origin. She had completed her graduation from Pace University. She had professionally started her career since 2002. She has done many movies including Wonderland, Silent Warning, Rampage: The Hillside Strangler Murders etc.

She has never been married nor has any child. She was in a relationship with actor Justin Fischer in 2012 but sources reported that they broke up. There is not much information available on her current boyfriend.

Prior to this affair, she had an affair with a writer and a director by profession James Cox in 2001. She dated him for a long time but later got separated due to their personal issues.

So lucky and blessed to have this one in my life. Real life superhero . #superheroes #grateful #family #goodguys

She has not revealed much of her information in public in order to avoid the possible rumors and controversies.

She is best known for her role in Tell Me You Love Me and The Forgotten.