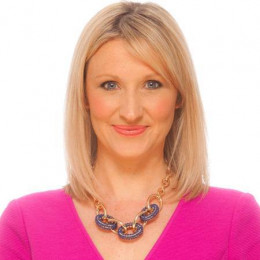 She is a British Journalist and news reporter for Good Morning Britain, London. With a first class honors degree in Journalism, she graduated from Liverpool John Moores University in 2001. While working at the BBC in Leeds, she reported on regional stories and presented news bulletins. In 2011, she became Daybreak's New York correspondent and presented a series of features of the 9/11 attacks on the 10th anniversary.

As she is a popular face in Television industry, lots of people want to know about her personal details, but she has been a bit of low profile in this regard. There is no any information about her family background and other achievement details. She might have been through a lot of dates and breakups as she is so stunning and charming but there is no record of it. She hasn't been a part of any controversy yet.