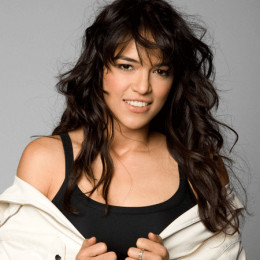 Michelle Rodriguez is an actress, screenwriter, and DJ, widely famous as Letty Ortiz of the blockbuster film The Fast and the Furious and its sequels (2001-2015). She is the recipient of Independent Spirit Award and Gotham Award.

She also referred to as Lesbian after spotted together canoodling with supermodel Cara Delevingne at a New York Knicks game.

In 2000, Rodriguez called off her engagement to a Muslim boyfriend, citing opposition to religious requests he made of her.

Michelle Rodriguez holds an estimated net worth of $30 million.

Michelle Rodriguez was born on July 12, 1978, in San Antonio, Texas, United States. Her parents are Carmen Milady Pared Espinal and Rafael Rodriguez, a Puerto Rican who served in the U.S. Army. She has Puerto Rican and Dominican ancestry.