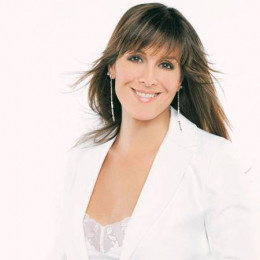 A Canadian country music artist who became well recognized in the 1990s, due to her hit single "Take it Like a Man."Her parents were also local music performers so she was highly inspired by her parents for her career. She joined college to study counseling for the mentally disadvantaged. She joined a local band when she was still in college and performed with them till 1983. "Take It Like a Man", "One Time Around", "Crank My Tractor" are some of her hit singles which helped her to reach top 40 on the Billboard Hot Country Songs charts. In 2011 due to her dedication in music she was inducted into the Canadian Country Music Hall of Fame.

Talking about her personal she has already married to love of her life. Though she has not disclosed too much information regarding her husband but her picture along with her husband can be found in internet and together they look very cute couple. Till now there has been no report of any kind of extra marital affair from both sides which suggest that then couple is leading very happy married life.

They have already crossed a decade of their marriage relationship. The couple haven't given birth to any children yet.