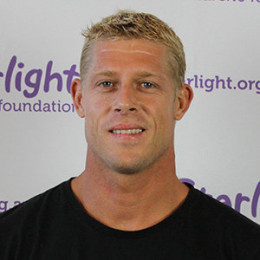 Mick Fanning is a professional surfer who is regarded as one of the best surfers in the world. Mick was born to father John Fanning and mother Elizabeth Osborne and grew up with siblings Richard, Edward, Sean and Peter Fanning. Rick is a 3 time ASP World Tour Champion. He learned to surf at the age of 5 in Coastal South Australia but didn't focus on surfing until his parents move to New South Wales when he was 12. Mick attended Palm Beach Currumbin State High School together with Joel Parkinson and established himself as the best surfer to rule Queensland by 1996. In 2015, Fanning encountered with Shark during J-bay open in south Africa.

Mick Fanning was married for eight years to modeKarissasa Dalton whom he first met in 2004 through a mutual friend. Their marriage was in trouble since February and speculation about this couple separation began in August 2015. The couple had been denying this rumour as they tried to make up their marriage, but announced their separation in January of 2016 via Facebook. There is no information about his any children.

Karissa and Mick first met through their mutual friend in 2004. She was proposed by Mick when she was 23 and got separated after eight years of marriage.