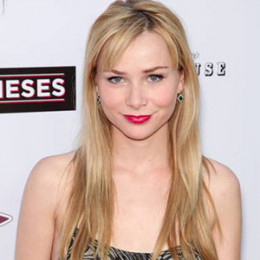 Mika boorem is an actress, writer, director and producer based in Los Angeles. She was raised in Tucson, Arizona, U.S. She was the daughter of Holly Sue Thomas and Benjamin Melvin Boorem. She have one brother named Benjamin Boorem. She played a large role in surfing movie Blue Crush in 2002 by which she came in highlight.She also came in Carolina and Smile in 2003 and 2004 respectively. But her acting career started from 1994 for Ehich she was best known.

Mika Boorem was born Mika Sue Boorem on August 18, 1987, in Tucson, Arizona. She is the daughter of Holly Sue (née Thomas) and Benjamin Melvin Boorem. Boorem is American and belongs to the White-American ethnicity.

Mika Boorem started her acting career in local theater in Arizona and subsequently shifted to Los Angeles along with her family. She attended  Lycée Français de Los Angeles.

Mika Boorem is possibly single at the present. She is quite secretive about her personal life and prefers to maintain low-key personal life to media.

Boorem shared a good bonding with Alexa PenaVega. She is an experienced gymnast and has a black belt in tae kwon do. She is the youth ambassador for charity Operation Smile.

Mika Boorem has earned an impressive sum from her career. Her estimated net worth is in millions but the real figure is yet to reveal.